Another thing, why is there no information on how many of these deceased have been vaccinated against the flu?
One can only speculate. This is because the information is kept secret for one reason or another.

Sounds like a conspiracy?
Hm. I wouldn’t call it a conspiracy, it’s just an area of the industry that makes huge profits by misleading consumers.

If someone thinks that pharmacological companies are interested in improving human health, they are wrong. It is exactly the opposite. Most representatives of this branch want as many as possible, preferably chronically ill, people in the world.
Why?
We have washing machines for dirty laundry. As a washing machine manufacturer, how would you react to the clothing industry’s plans to make clothes that never get dirty?
It is the same in pharmacology.
The main goal is to increase the market for drug recipients.

How do you get there? There are many ways to do this:

Companies are legally obliged to achieve the highest possible income. At least those who are on the stock exchange.
Naturally, all large and small companies strive to maximize their sales. There is nothing wrong with this unless it is done at the expense of human health.

Here is a quote from the book “Who Made Beef a Pig?” about an attempt to trigger a swine flu pandemic in 2009. Author Udo Pollmer:

… Such a pandemic leap was possible because the “significant number of cases and deaths” had previously been tacitly removed from the definition of this phenomenon. The group of experts who advised WHO on swine flu consisted – by chance – of representatives of the vaccine companies Novartis and GlaxoSmithKline (GSK). They were supported by the British government advisor Sir Roy Anderson, who warned of a pandemic a few days after the swine flu outbreak – that fortunately “two effective vaccines” could protect us (Relenza and Pandemrix)….

...The WHO announced the outbreak of the pandemic on June 11, 2009 and its end on August 10, 2010. According to the organization, 18,400 people died of swine flu at that time. This number seems unbelievable simply because the quick virus detection test is not a reliable source of information. In Germany, 258 people were affected by this flu, most of whom had previously suffered from other diseases and had more chance contact with the virus. However, when such a patient died in the hospital, the reason for his death was suddenly given – hocus-pocus – not cancer, for example, but only flu. Thanks to this, the hospital also improved its cancer mortality statistics…

Sounds familiar?
The book was written in the first half of 2011.
And now the story repeats itself …

I would like to recommend another book about the criminal practices of one of the many pharmaceutical companies. In John Virapen’s previously mentioned book “Side Effect-Death” you can read about the dishonest methods Eli Lilly uses in Sweden. The author was head of the Eli Lilly office in that country for many years.

I am very interested, does any of you know a drug in a pharmacy that effectively treats the cause of the disease without causing new diseases? In my experience, pharmacies mainly contain drugs that fight the symptoms of the disease.
If anyone knows the answer to any of these questions, please share them

I was surprised to hear about a drug on Polish radio, where it was said to be used for “symptomatic treatment.”

It’s like treating smallpox by removing one pimple at a time with the scalpel.
But there are smallpox vaccines!
No so…

I found interesting WHO statistics. Dated 9th March 2020. It lists many diseases, sorted by the daily mortality rate. 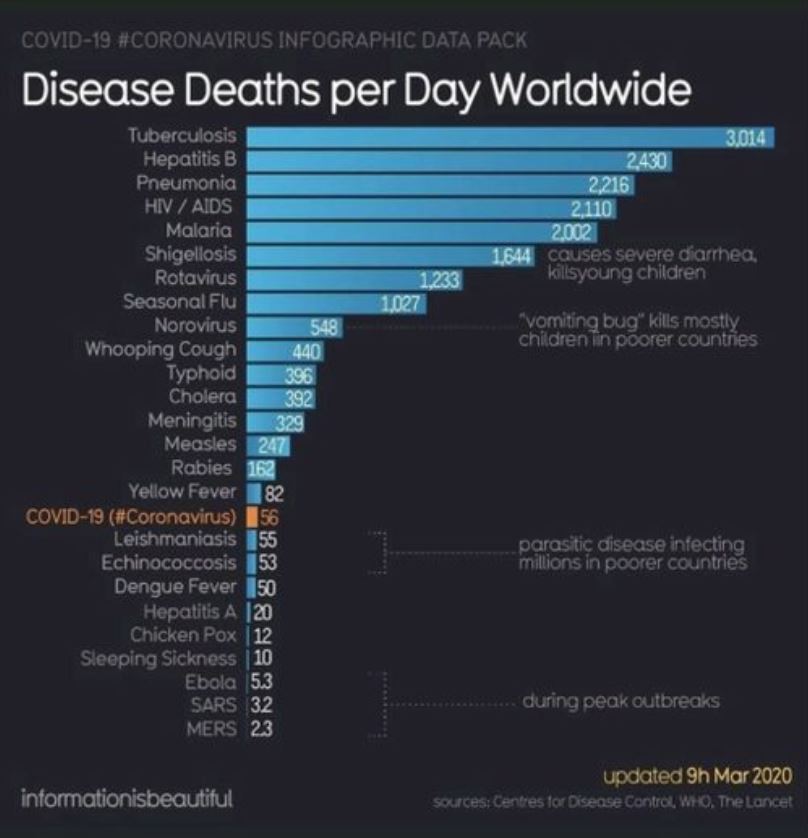