In Israel, over 80% of the population underwent a medical experiment to prevent the spread of a disease that is so fashionable in the media today. This article asks the following question: What can we learn from the fact that one of the most vaccinated countries in the world has one of the highest rates of Covid infection in the world?

The Pfizer vaccine, which is widely used in this country, has proven ineffective. The Israeli government saw this when it began providing booster vaccines on July 30th. Booster vaccinations are nothing more than an admission by the Israeli health authorities that the original vaccines are not doing their job properly.

According to Dr. Kobi Haviv, director of Herzog Hospital in Jerusalem, fully vaccinated people make up 85-90 percent of hospital stays at his facility. Given that less than this percentage of the Israeli population is fully vaccinated, it appears that not only does vaccination fail to prevent contracting the disease, but it may even increase the chances of becoming a serious case of Covid.

However, most people are unable to see this obvious truth because they have been brainwashed to believe that vaccines are a way out of a pandemic. Vaccination propagandists could induce cognitive dissonance in their victims.

Worse, these vaccines aren’t just ineffective. Serious side effects and injuries have been reported from all over the world. According to a report by the Israel People’s Committee (IPC), a citizen-led group of Israeli health experts, the Pfizer / BioNTech vaccine can harm virtually any system in the human body. Based on data from the Central Statistical Office and the Israeli Ministry of Health, the group estimates the death rate among vaccinated people to be around 1 in 5,000. This would mean that more than 1,000 Israeli citizens died unnecessarily from vaccines. 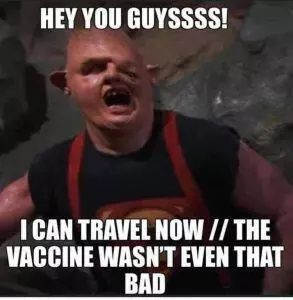 We are already used to the media responding to logical arguments backed by scientific research by attacking the person who dares to preach and completely ignoring the subject itself. A logical conclusion can be drawn from this: defamation is easier than starting a discussion. Especially when they have no arguments.

All that remain are the hackneyed phrases that have been repeated for a year and a half. Solidarity is good when you defend people without seeking the opinion of those at risk. However, by condemning older people to die lonely in abandonment and very often under abusive conditions, solidarity loses all meaning.