The leading virologist in the US is Dr. Anthony Fauci. Since 1984 he has been the director of the National Institute of Allergy and Infectious Diseases (NIAID). Since the presidency of Ronald Regan (1981–1989) he has advised all US presidents on infectious diseases and pandemics.

During the coronavirus plandemic, he became famous for creating fear and appearing on television to promote safety – while wearing two masks.

In May of this year. was questioned before the US Congress, where he claimed he had nothing to do with the gain of function research carried out in the Chinese laboratory in Wuhan preparing a virus so that it can be used as a biological weapon. Such research has been banned in the US since 2014.

During a Senate hearing, Republican Senator Rand Paul presented the evidence in the form of an email sent to Mr. Fauci from the Wuhan lab, in which a lab worker asked him to do $ 3 million in research to develop the pathogenicity of the Finance virus.

The information I am relying on comes mainly from the Dr. Fauci in the US Senate in German.

During that hearing, Mr. Fauci did not deny that the organization he headed funded the Chinese laboratory, but instead defended himself against the obvious facts that it was not a prohibited gain of function.

Senator Rand Paul accused Dr. Fauci was partly responsible for the deaths of 4 million people. As long as he is protected by politicians, there is no trial ahead of him because, as in Europe, some people are above the law.

With that, another conspiracy theory becomes fact. 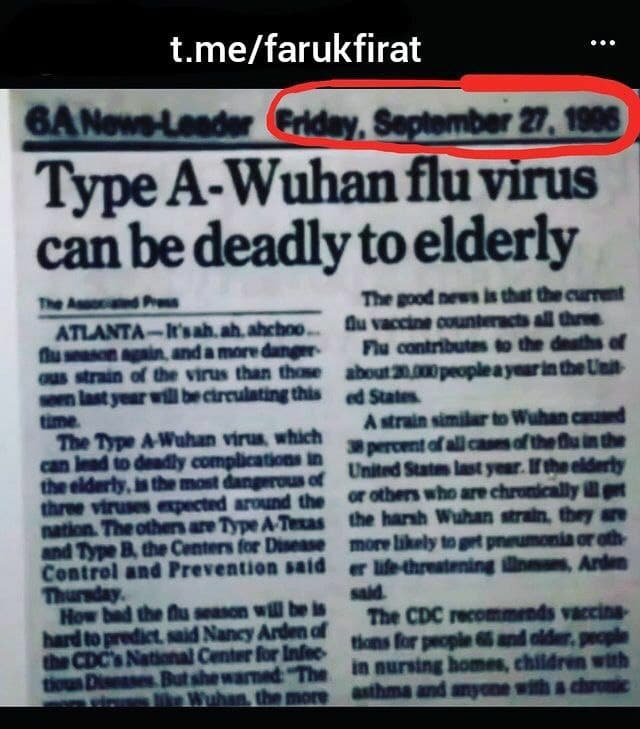