The Austrian daily Kurier reports that traces of a fashionable virus, a dangerous mutation of course, have been found in the sewage treatment plant on the Wörtersee near the Italian border. I suspect that due to jokes about the delta mutation, allegedly from India – although the Indian government has officially denied the existence of this variant – the new version did not receive a letter from the Greek alphabet and was called: Colombian coronavirus variant B.1.621. And rightly so – it sounds more scientific – maybe it will convince more people of the absurdities of today’s world.

How should our reaction be – we should of course be afraid, because then we work at full speed and show the most creativity. A year ago I wrote that in Germany the deceased hermetically wrapped in foil had been found in the apartments. All windows to the apartment have been barricaded and sealed to prevent a pandemic from entering their rooms. The leading cause of death was asphyxiation, sometimes with malnutrition and dehydration. If the goal of the plandemists was to get rid of fearful people in the first place, who would not even allow the thought that something was wrong, then they have succeeded completely. However, I am convinced that such people, whom they can manipulate freely through fear, do not want to get rid of. This increases the number of skeptics, which is dangerous for an already weakened pandemic with no scientific basis. 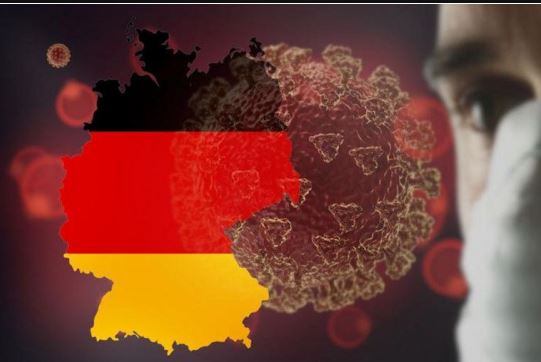 A German mutation of the coronavirus was discovered. You lose your sense of smell and taste, your fortune and your company.

But since we are less and less afraid and, what is worse, we laugh about it more often, what else can they do but make up this nonsense? The theory is that viruses will always mutate because this is an important part of natural selection, according to Charles Darwin. Only through changes, i.e. mutations, do new variants arise. And those that will survive will stay longer until they are replaced with even more suitable versions. This natural and long-lasting process is now being used to scare us.

Perhaps based on the idea of the famous Polish children’s book author Janusz Korczak from “King Hanschen I”, we all stomp and blow until the army of villains and liars runs away in fear.