You can watch the original, deleted film – a piece of music in German – here.

I still remember the times of the People’s Republic of Poland well. At that time, preventive censorship was used in our country. In Warsaw, on Mysia Street, there was a central censorship agency (the Press, Publications and Performance Control Office) whose approval was a condition for the publication of books, articles in a newspaper, film or cabaret. 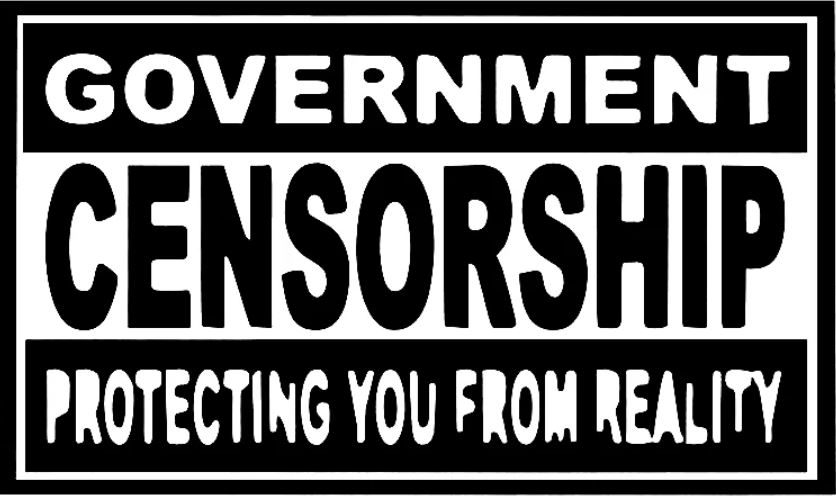 We know about the world … as much as the world’s major television networks want to know. They do not practice censorship, they practice manipulation. Deviating from the truth is not just a simple falsehood; it means accepting the falsehood for the truth. Ryszard Kapuściński source.

Proponents of censorship believe that the recipients of the message are unable to think for themselves. This is an example of the transfer of one’s own characteristics to other people: since such a follower of the censorship trafficking is unable to find sources of information, ask questions and get to the heart of the matter, he believes that all others cannot . Therefore, the only way for them to convey information is: an omniscient teacher and a believing listener. Today we have examples of people who believe in information like:

Today we have a new virus incidence record. The number of new infections is xxxx. Yyy people have died from Covid19.

For a year and a half, the media has been bombarding us with such imaginary sensations, today most people believe that tests can detect the presence of an infectious virus. Unfortunately, they are not, and this has been proven time and time again. Few people know that even the WHO refrains from replacing medical diagnoses.

Laboratory tests are of great help to doctors, but they cannot be the only mediators who replace direct medical diagnosis.